That's a great camera (or What camera should I buy?)

Yesterday at my parent's home, my mom called me to the kitchen to shoot a photo of a tiny chipmunk on top of a sunflower. It was working at getting out the last few seeds.  As any good son would do, I went to get my camera (I'm also sort of fond of these little critters, so I suppose that also played into the equation).

The flower was probably ten feet from the sliding glass door.  I figured I  ought to shoot through the glass as opening the door would probably startle the little fella.  I shot a few frames and then popped open the door to try for a more clear shot. Unfortunately, as I expected, the critter bolted.  I knew I had at least one shot in the can and so I'd be ok with that. 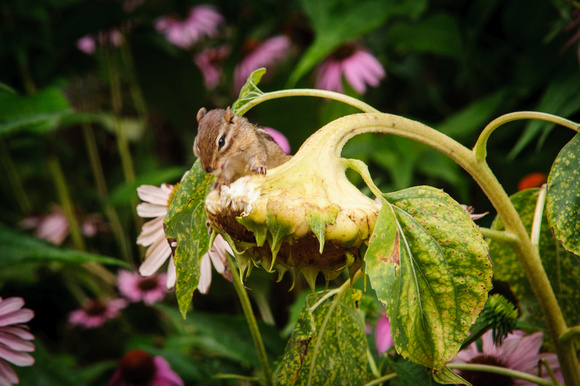 I packed up my stuff and was returning it to the bedroom with my other gear and I overheard mom and my sister-in-law say something like this: "He has a great camera and it takes great photos."   Arrgghh!  My own family said that!  I went out and told them the old comparison that photographers will use when our cameras get the credit for the images.  Do you tell a chef that "you have really great pans, they make really great food"? Of course not. While the tools certainly help us to do our best, it is still the creative making the art (photo, painting, food, song, etc.)

So, we had a bit of a laugh about that.  However, later in the evening while I was reviewing some photographs that I had shot earlier yesterday at historic Fort Snelling in St. Paul and I started to wonder.  During this visit to the old fort, I carried a large bag with my photo equipment from the parking lot, to the visitor center and finally to the fort.  It was a bit of a trek and it was pretty hot and humid.  I'd have been better served if I wore the backpack I usually wear when I am hiking in the wilderness, but I hadn't thought that through when we left. 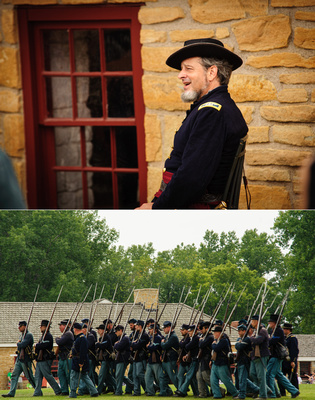 The fort was having a Civil War reenactment and there was a great turnout of visitors.  There were a ton of things for me to photograph, but my bulky equipment and the tight spaces combined with a lot of people, really made it rather unpleasant.  I ended up killing about 20 minutes returning to the car with my equipment bag and dropping off everything except my camera body and one lens.

Feeling a ton lighter and more maneuverable made things a lot better and I was able to capture some photos around the fort.  I did, however, come to the conclusion that I really want to re-visit at another time when it is a little less busy and I have more freedom with my schedule.

What I did find was that I shot a lot more photos with the camera on my Galaxy Note III phone and that brings me more to the point of this blog post.  People ask me "what is the best camera?" often enough.  The answer I generally give is "the one you have with you."  Which at a deep level is really a good answer.  It is an answer that often makes those that have been doing photography for a while stop and think a little.  BUT, it is probably NOT a very satisfying answer to those just getting started.  If that is you, check out the website dpreview.com for some great resources in determining what camera works best with your skills, interests and budget.

I've been shooting more with my cell phone camera in recent months and feeling more satisfied with what I am able to capture as I learn more about what it is good at and what it struggles with.  This all hit me like a ton of bricks yesterday. There I was in a situation where my pro equipment was completely awkward and the phone in my pocket just felt like a better solution.  As a result, the better photos of the trip are the photos that I posted to Instagram from my phone (I'm @pjinsodak if you would like to follow.) 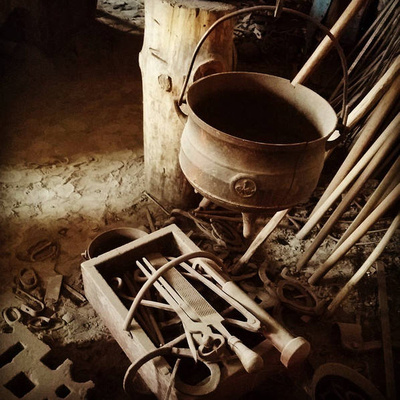 Old iron pot and other metal work in the blacksmith shop. 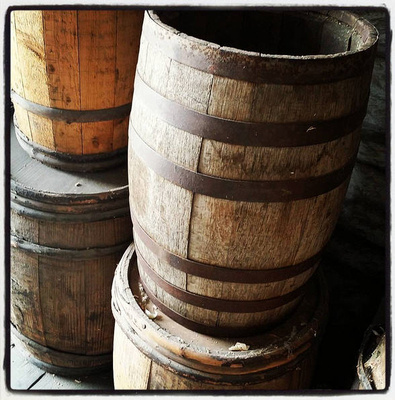 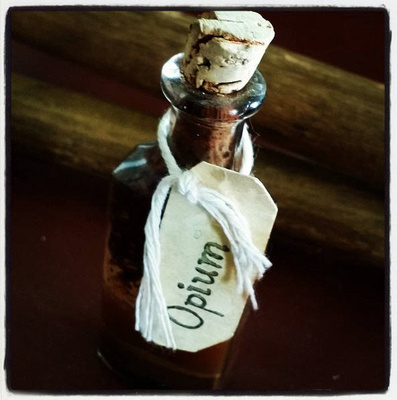 Bottle of Opium in the display discussing wounded Civil War soldiers and the aftermath of war.

In a sense, my cell phone camera saved the day.  It allowed me to capture meaningful photos in a way that I wouldn't have been able to easily with my professional gear. It was the "BEST" camera at the moment. Of course, I wasn't out shooting for a job or for photos that I planned on being able to deliver as wall art.  These were for fun and for my own memories.

As useful as the cell phone camera is even with their improved quality, they still can't get shots that take a little more thought and effort.  For example, the photo of the chipmunk that starts this post.  I couldn't have shot that in a million years with the cell phone.  Shooting a small, fast object in a busy background, through a window and from some distance, I would have been lucky to see anything.

It really comes down to making the best of the equipment you have with you and using what is most suited to the moment. Sometimes, for me, that means taking a step back from the very serious business of photography and allowing the joy of capturing an image come front and center.  For example, here are too very different and at the same time, very similar images.  First one for fun with the cell phone over morning coffee - the other on a trip into the wilderness to capture high quality images.  Both stand on their own for what they are. 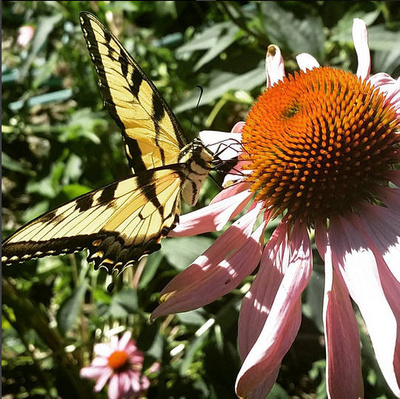 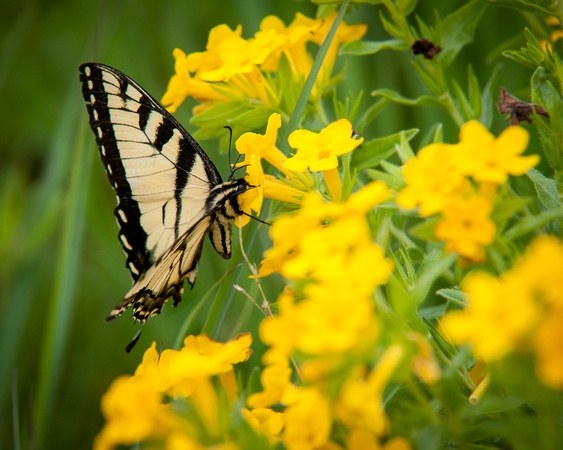 I'm out chasing butterflies!  Until next time.