Most who have followed my photography, probably know how much I like working with musicians.  It is awesome to use my passion for photography to capture their images while they are celebrating their passion for music.  Their energy draws me like a moth to the light.

As the photographer at the Goss Opera House, I have the good fortune (and awesome responsibility) to record the events that cross our stage. Recently, three of the most accomplished guitar players in the country came through on tour. Greg Koch, JD Simo and Johnny A.

For those of you not familiar with the Goss, it was built back in 1889 (the same year as the Eiffel Tower was built and the year South Dakota became a state). The ground floor currently houses Charley's restaurant and Crossroads Bar,where I spend a lot of my evenings serving drinks to guests.  The second floor is where the opera hall itself resides.  It is really quite a large room, able to accommodate more than 500 in the audience. 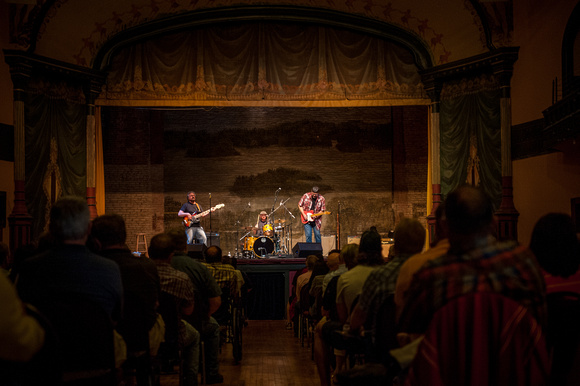 To give you a sense of the space, here's a view from the main floor of the opera hall of the headliners, Greg Koch and the Tone Controls.

The big room brings many challenges.  Of course, it is much darker than it seems with the naked eye when you are watching a performance.  Shooting a wedding here is darker than most churches and can give photographers a real challenge. After three plus years of working in the space, I've learned a lot about how to approach photography here. 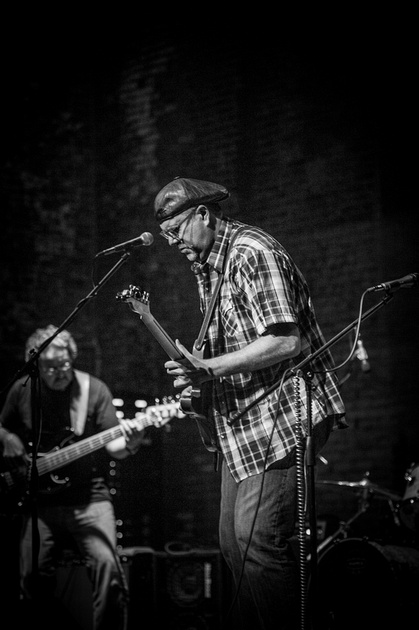 In addition to wonderful colors throughout the building, the Goss also features amazing textures and backgrounds.  These are fun to highlight. They work particularly well when I take an image into the black and white realm. 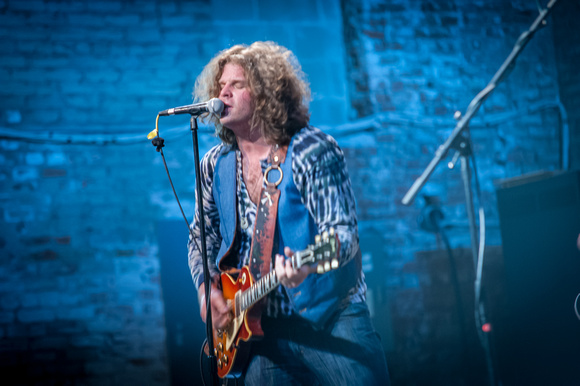 Bright stage lights also give me a chance to play with colors and mood beyond black and white.  For example, JD Simo happened to be playing in a portion of the stage that was primarily being lit by a blue light.

I had to work a bit with white balance in the post production to make the skin tones work, but I love the way the blues worked in this image.

More than anything though, like I mentioned at the beginning of this post, I'm so drawn into the passion of the artists.  It guides me through the process to how I'll process an image. I want that image to have the feel of that moment when I clicked the shutter.  The mood of the song, the intensity of the player, the energy of the audience. 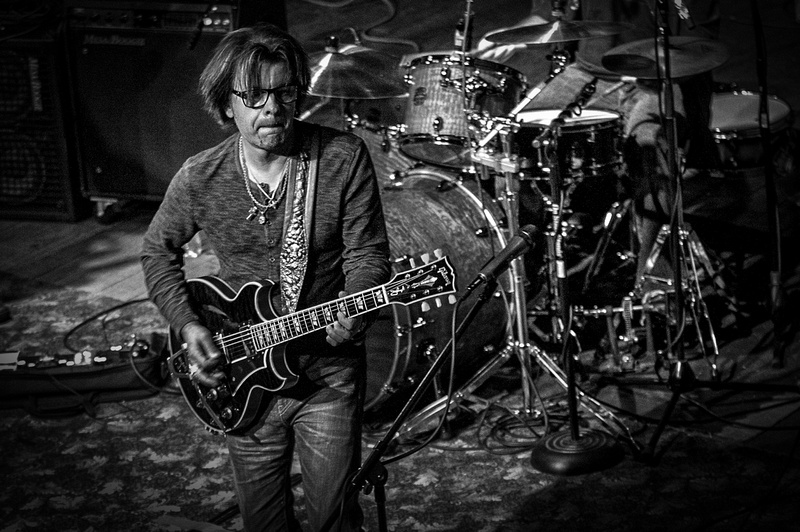 This gritty shot of Johnny A is exactly what I was aiming for when I captured the image. You can see the intensity on his face.  I think the energy really comes though.

Working at the Goss and having been there for a while allows me the chance to shoot from perspectives that almost no one else gets to see.  Having the opportunity to work backstage or from the balcony or from the catwalk offstage lets me get more of what the artist experiences. 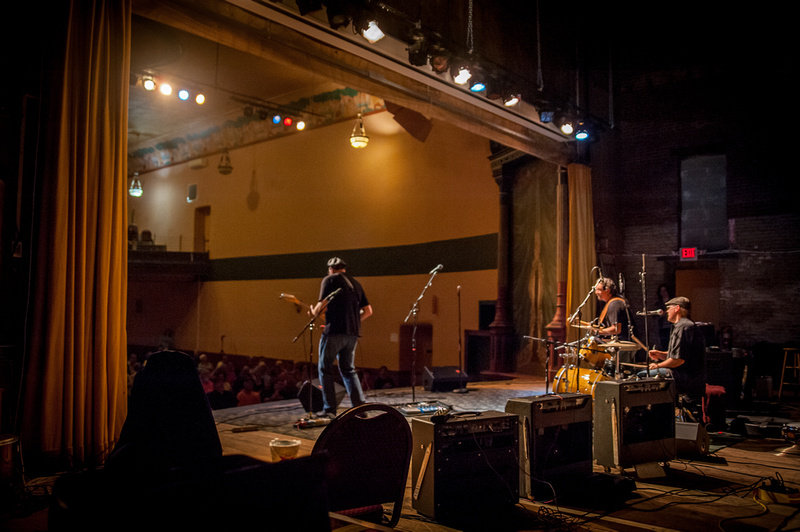 Here's a glimpse from backstage and looking into a portion of the audience. You can just make out the far right side of the balcony as well. 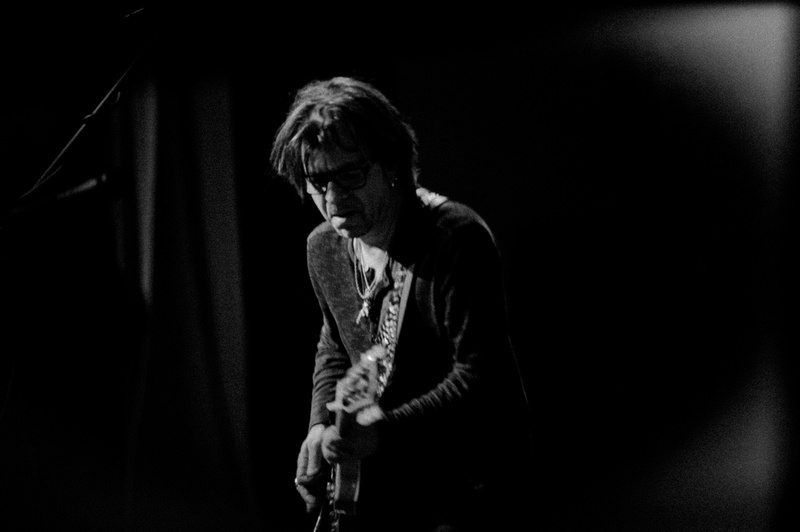 Backstage also allows me to be at the same height as the performers and quite a bit closer depending on where I shoot from. Here's some more great emotion in a black and white of Johnny A shot from backstage. 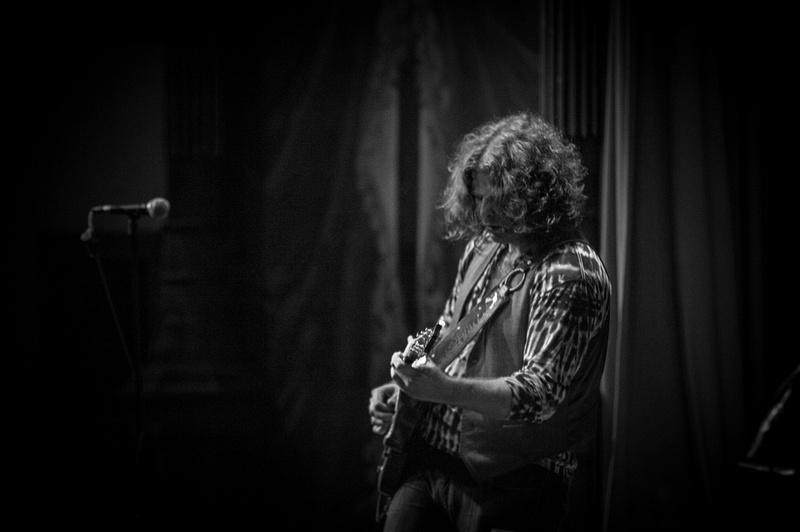 And a similar shot of JD Simo from backstage.

I am truly blessed to have these opportunities to capture and record these very special events. I've worked with some fantastic people that set me up for success.  I can never thank them enough.

I've got a few other blog posts queued up for the next few days.  My last shoot with the models at the Academie Agencie, the latest trip to Sica Hollow and the latest shoot with a fantastic local model.  So, until then!